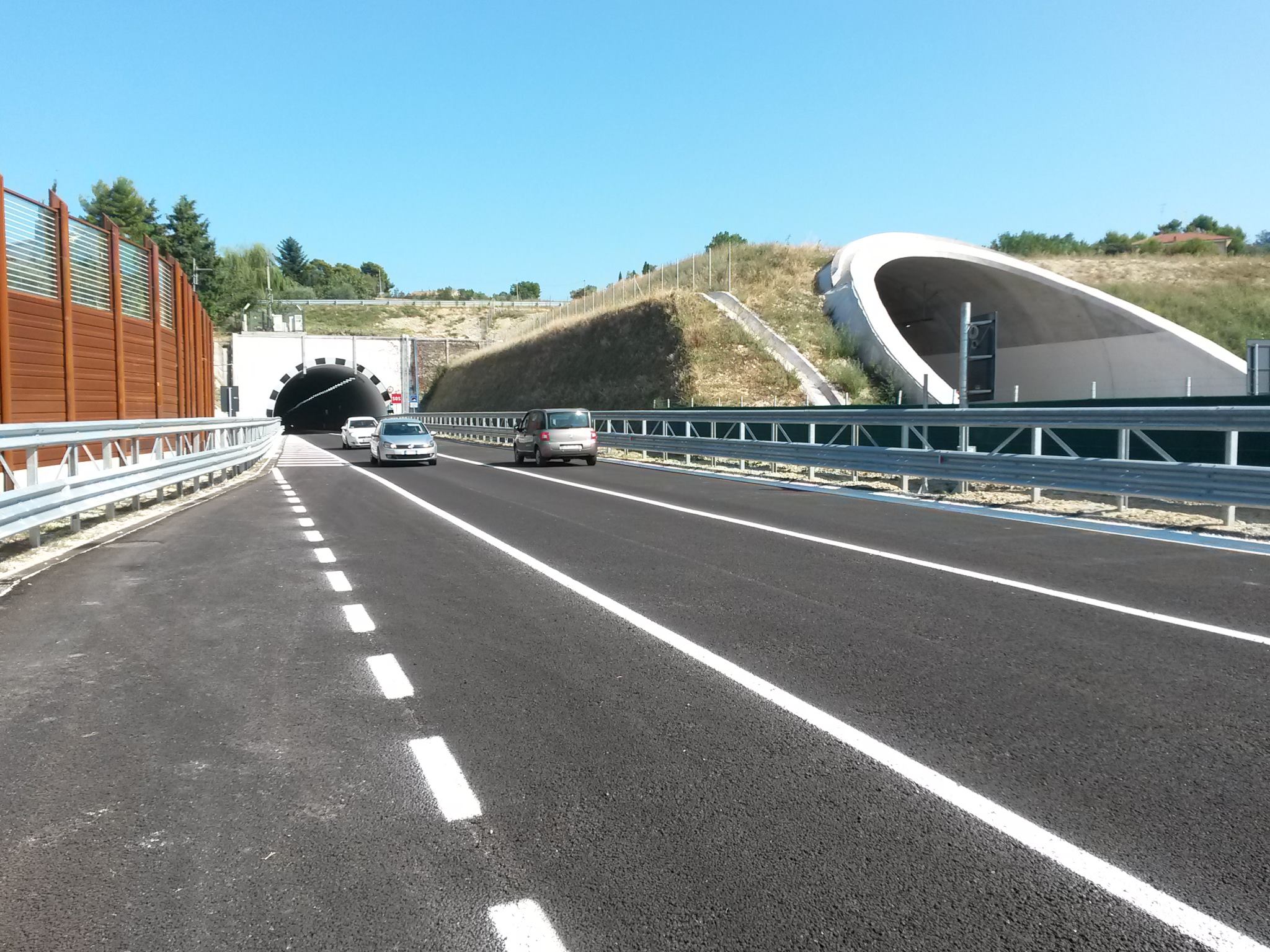 The opera, built by Autostrade per l’Italia, connects the motorway junction of Senigallia in A14 with SS16

Senigallia, August 26, 2016 – Today opens the South Bretella South of Senigallia. The work, built by Autostrade per l’Italia, is 4 kilometers long and represents – along with the North Bretella, open to traffic in April 2013 – the completion of the ring road of Senigallia, a fundamental work for the mobility of the city and of the Whole Region. It was decided not to foresee any inauguration ceremony in mourning for the victims of the earthquake that hit the center of Italy.

The South Bretella is born at the motorway junction of Senigallia and runs almost parallel to the northern roadway of the A14 motorway to reconnect with the SS16. The first stretch of the south slope, up to the entrance of the Cavallo tunnel, traces the old highway route, while the second section is new and includes a new viaduct that alongside the Morignano motorway.

The opening of the South Bridle completes the wider project to improve the entire mobility of the city, defined in the Services Conference with the local authorities in connection with the approval of the three-lane expansion works of the A14.

This site uses only functional technical cookies and Google Analytics for anonymous statistics. You can accept / reject everything or manage your preferences. If you close the banner, no cookies will be activated.

This site guarantees that personal data will be processed in accordance with the legislative provisions of the Regulation and the confidentiality obligations envisaged.

Strictly Necessary Cookie should be enabled at all times so that we can save your preferences for cookie settings.

If you disable this cookie, we will not be able to save your preferences. This means that every time you visit this website you will need to enable or disable cookies again.

This website uses Google Analytics to collect anonymous information such as the number of visitors to the site, and the most popular pages.

Please enable Strictly Necessary Cookies first so that we can save your preferences!